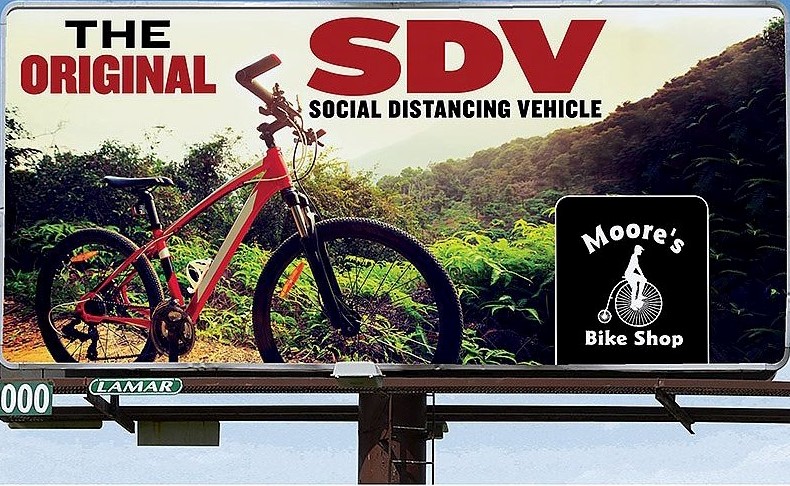 First of all I’d recommend you go to a good bike shop and get help.  It can be a big investment, and you can spend days investigating things that the bike shop people already know.

How do you find a good bike shop in your town? Well.  Go to Critical Mass, usually on the last Friday of every month, and talk to people, or join the relevant Facebook group and post the question, or if your workplace has JobRad or any other company bike leasing program, your workplace will also have a bike shop recommendation. In general a bike shop within ten minutes‘ walk is a good thing – because then if you get a flat or whatever you can just walk your bike over there for it to get fixed.  (I personally don’t like doing my own mechanical work.)

What’s JobRad? It’s having a company bike that you can also use for private rides. Subsidized like a company car. Even government employees can use it now, that’s a recent change (autumn 2020). Ask your HR people, have your spouse oder eheähnliche Lebensgemeinschaftspartner ask their HR people, some companies extend the benefits to family members.

What is Critical Mass? It’s an unorganized bike ride, generally the last Friday of every month. Often a bit of a showoff event with Tallbikes like this one for Tilmans Biere:  https://www.facebook.com/photo.php?fbid=10158554302481983&set=pb.691091982.-2207520000..&type=3&theater and cruisers and rickshaws and tandems and vintage bikes — at a recent one in Munich there was a tandem with a headlight that was gas powered as in actual gas lighting, with a flame in the middle of it.  Not bright at all but amazing to see this mechanical history on display and riding around!  Whoever’s riding at the front sets the direction – wer vorne fährt, führt — so don’t be at the front if you don’t want to lead.  The route is not set in advance because it’s explicitly not a demonstration — a demo would have to be registered with the police in advance.  And the cool thing is you can go and talk to people about their bikes — a guaranteed entry into conversation!

What kind of bike should I get? A Touring aka Trekking bike.  This is actually the style I’d recommend for anyone because it’s the most versatile.  Dynamo lights, ideally with disc brakes, luggage rack, panniers, mudguards to keep your shoes cleaner and your back free of skunk stripes – and the people behind you splatter-free.  Don’t worry too much about weight either, that matters for professional racers. A touring bike will let you go all over town and hop off curbs, which a city bike / Hollandrad isn’t good for.  I’d recommend shocks in front too – just on my commute I’m on enough gravel and cobblestones that it does matter.  I actually reroute to avoid cobblestones though.
And you’ll want Schwalbe Marathon tires – they are genuinely puncture-proof.  I used to get three flats a year with my 100km per week commute, usually on a Monday when Saturday night’s broken beer bottles hadn’t yet been swept from the bike paths…  but since I got those, I haven’t had one flat. Must have.

Tubes: I prefer tubes with car valves, not French valves — car valves can be filled up at gas stations without an adapter and without being fiddly.  Make sure the rims will let car valves go through — they’re thicker than French valves.

Hub gear or not? I like my Rohloff because I can shift gears while stopped at the traffic light, because sometimes I want to concentrate more on braking than on downshifting.  Rohloff has 14 gears, which is useful in Munich and the hilly countryside around, Shimano has a cheaper one with 11 gears. Ideally you’d test to see if the lowest gear’s low enough and the highest gear high enough for what you want. A hub gear is low maintenance and costs more in the short term, but pays for itself long-term. And when I’ve been commuting, I’ve been riding at least 150km per week, so that goes into my calculations.

Disc brakes: I really recommend them.  My folder has them and the difference in stopping power is just amazing, especially in the rain. But this is a nice-to-have.

Dynamo lights: make your life easier with lights that you don’t have to remember to take with you or put on and take off.  There are suuuuuper bright ones nowadays too — not just so you can be seen but so you can actually see the road, especially if you’re going off-road / through forests / fields at night.  I leave my lights turned on all the time just for that much more visibility — especially when going under train tracks in broad daylight, which is disorienting.  Must have.

Lock: I like ones like this because it has a holster that attaches to the downtube, just faster to get off and on. I prefer a combination lock to a key because losing a key sucks.

Bell: I have this Chinese one from Manufactum for 6 euros because it’s louder than any other bell on the market, which means I can ring at a pedestrian (I hate combination foot and bike paths!) from a long way away so they have time to react.  It rusts out after a few years and I buy a new one.  (I keep my bike outside year-round – just parked in the inner courtyard.)  A bell’s legally required too. Better to ring too often than too little.

Bike fit: Whether or not they have your size in stock is one thing but a good bike shop will actually do a bike fit (take measurements) and find the right frame for you, even if they have to order the right size. You can change out handlebars, stem (Lenker/Vorbau) etc to shorten/narrow your reach as well.  https://www.megabike24.de/beratung/fahrrad-beratung/rahmenhoehe-berechnen.html — „Trekking“ is the style you’ll be looking for.  Fit is important because your back will hurt otherwise.

Panniers: Ortlieb Back Roller Classic.  https://youtu.be/z9ywYJKNg-c shows how fast they are to get on and off, and they are waterproof.  No other bag goes on and off that quick.  Also the hooks can be moved left and right without any tools.  See also: https://www.pinch-flat.com/ortlieb-back-roller-city-vs-classic/ I have these hi-vis reflective ones, which are 13 liters instead of 20 liters each, but came as a set and also fit on my folding bike: https://www.globetrotter.de/ortlieb-fahrradtaschen-sport-roller-high-visibility-schwarzreflex-1021515/ — you can get those in 20 liters, but they cost more.  Either way, you can fit ten full beer bottles in each. 🙂

Folding bike: I don’t recommend a folder for anyone’s commute, unless you’re combining it with public transportation for part of the way. Folders are great, but less stable than a full-size bike, so you won’t go as fast, and that can be a drag if you’re commuting something like 12km at a go. Any folder is going to be a bit squirrely as it hasn’t got the long wheelbase that gives you stability.  Even the ICE trains can take full-size bikes now.  A folder can generally be taken on public transportation for free, though, and no Sperrzeiten, because it’s just luggage.

Raingear: If it’s going to rain and you’re going to commute 40 minutes in it at a stretch, I recommend getting waterproof shoes — the shoe covers can get caught on pedals and trip you when you stop.  Mine are just hiking boots from landsend.de.  Gore Pac-Lite shell jacket and rainpants pack smaller than anything else so you can just leave them in the bike bag.  I cannot recommend a poncho: they turn into a sail and can blow you off course if it’s windy.  I’d rather be wet than hit by a car.

Phone holder for easy navigation just in case: https://smile.amazon.de/dp/B011BCA9JM/ – that’s the phone holder with metal where it counts.  I don’t bother hooking the black rubber bands around the phone, as the grip is rubberized and holds tight even on cobblestones.  This style makes it easy to put the phone in and take it out a lot, good for if you’re running errands in the city with multiple stops or if you’re on a tour and taking pictures. Some holders like the Finn take an entire minute to get the phone in because you have to wrap it around extra every time: https://getfinn.com/en/ This holder isn’t waterproof, but I always get waterproof phones. And no, having navigation available does not take away your ability to ride freely and lose yourself anytime you want, it just lets you get back quicker if you decide you want to. I use Google Maps for turn-by-turn navigation because it strongly prefers actual infrastructure bike paths, but they’re sometimes protecting you on busier roads when a nice 30 zone that’s parallel would be more pleasant. Explore! Also I like to watch my own progress toward a destination and see if I can beat Google’s ETA, Google thinks cyclists go at 14 kmh…

Earphones on a bike: Yes, even though some cops don’t know this, you’re allowed to use earphones / headphones in Germany as long as you would still hear a siren through them. If you have earphones that you can’t hear a siren through, email me.  I wear earphones because I’m on protected cycle infrastructure 90% of my ride, and when not, I’m in the middle of my lane so nobody can undercut me. Some people want to hear cars coming up behind them, but I don’t know why it would be relevant what’s behind you – are you going to get out of a car’s way? You have just as much right to be there as it does, sometimes more! Anyway https://www.amazon.de/gp/product/B07S4D8M34/ – I got these for my husband for his birthday and when he opened them, he confessed that just the previous Friday his corded earphones had fallen out of his ears and nearly tangled in his wheel.  I nearly had a retroactive heart attack. I asked him when he had planned to tell me about that and he just looked sheepish. 🙁  Anyway, you can still hear cars with these in, but you can’t hear the little old ladies complaining that you either did or didn’t ring your bell…

Too much right now? Swapfiets. That’s a company that’ll rent you a bike for as little as 19 euros a month, apparently no minimum time. So you can get one to ride around a bit and see how you like biking your city, if you like that position, if it’s too light or too heavy for you, enough gears or not enough, etc… and then you can go get your own bike.

Any weird traffic laws? This page has good explanations: https://nomadandinlove.com/cycling-in-germany-rules/

PS. Do I have to ride on the bike path? If it’s got a blue sign with a white bike on it, yes, unless it’s „unpassable“ – and that’s up to you to judge. Leaves, snow, ice, pedestrians, cars parked on it? Ride in the road. Bike paths without the blue sign are available to you but not mandatory.

PPS: Child’s seat, trailers, cargo bikes? I don’t know anything about any of that. But obviously it’ll be a Bullitt when I get a Lastenrad…